This caused a housing boom. As many of both the builders and inhabitants were Africans by way of Haiti, Vlach maintained it was only natural they modeled the new homes after ones they left behind in their homeland. Many surviving Haitian dwellings of the period, including about 15 percent of the housing stock of Port-au-Prince, resemble the single shotgun houses of New Orleans.

The shotgun house was popularized in New Orleans, and, as Fred Kniffen documented in a statewide survey of Louisiana house types in the 1930s, the greatest number are found dispersed from there in a manner that supports the diffusion theory.The style was definitely built there by 1832, though there is evidence that houses sold in the 1830s were built 15 to 20 years earlier.

A simpler theory is that they are the typical one-room-deep floor plan popular in the rural south, rotated to accommodate narrow city lots. Such houses were built throughout hot urban areas in the South, since the style’s length allowed for excellent airflow, while its narrow frontage increased the number of lots that could be fitted along a street. It was used so frequently that some southern cities estimate that, even today, 10% or more of their housing stock is composed of shotgun houses.

Shotgun houses were often initially built as rental properties, located near manufacturing centers or railroad hubs, to provide housing for workers. Owners of factories frequently built the houses to rent specifically to employees, usually for a few dollars a month. However, by the late 20th century shotguns were often owner-occupied. For example, 85% of the houses (many of them shotgun) in New Orleans’ Lower Ninth Ward were owner-occupied. 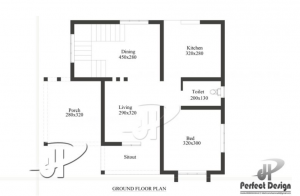