The color themes of Art Deco consisted of metallic color, neutral color, bright color, and black and white. In interior design, cool metallic colors including silver, gold, metallic blue, charcoal grey, and platinum tended to predominate. Serge Chermayeff, a Russian-born British designer made extensive use of cool metallic colors and luxurious surfaces in his room schemes. His 1930 showroom design for a British dressmaking firm had a silver-grey background and black mirrored-glass wall panels.

Black and white was also a very popular color scheme during the 1920s and 1930s. Black and white checkerboard tiles, floors and wallpapers were very trendy at the time. As the style developed, bright vibrant colors became popular as well.Art Deco furnishings and lighting fixtures had a glossy, luxurious appearance with the use of inlaid wood and reflective finishes. The furniture pieces often had curved edges, geometric shapes, and clean lines. Art Deco lighting fixtures tended to make use of stacked geometric patterns.

Modern design grew out of the decorative arts, mostly from the Art Deco, in the early 20th century. One of the first to introduce this style was Frank Lloyd Wright, who hadn’t become hugely popularized until completing the house called Fallingwater in the 1930s. Modern art reached its peak in the 1950s and ’60s, which is why designers and decorators today may refer to modern design as being “mid-century.” Modern art does not refer to the era or age of design and is not the same as contemporary design, a term used by interior designers for a shifting group of recent styles and trends.

“Majlis painting”, also called nagash painting, is the decoration of the majlis, or front parlor of traditional Arabic homes, in the Asir province of Saudi Arabia and adjoining parts of Yemen. These wall paintings, an arabesque form of mural or fresco, show various geometric designs in bright colors: “Called ‘nagash’ in Arabic, the wall paintings were a mark of pride for a woman in her house. 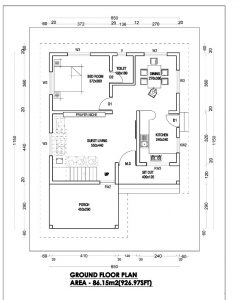