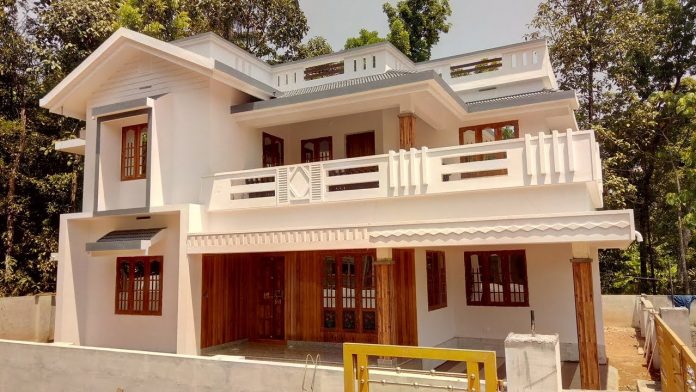 A longstanding theory is that the style can be traced from Africa to Haitian influences on house design in New Orleans,[1] but the houses can be found as far away as Key West and Ybor City in Florida, and Texas, and as far north as Chicago, Illinois. Though initially as popular with the middle class as with the poor, the shotgun house became a symbol of poverty in the mid-20th century.

Several variations of shotgun houses allow for additional features and space, and many have been updated to the needs of later generations of owners. The oldest shotgun houses were built without indoor plumbing, but this was often added later, often on the back of the house (sometimes crudely). “Double-barrel” or “double” shotgun houses consist of two houses sharing a central wall, allowing more houses to be fit into an area.

New Orleans architectural historian Samuel Wilson, Jr. influentially suggested that shotgun-style houses originated in the Creole suburbs (faubourgs) of New Orleans in the early 1800s. He also stated that the term “shotgun” is a reference to the idea that if all the doors are opened, a shotgun blast fired into the house from the front doorway will fly cleanly to the other end and out at the back.

Alternatively, folklorist and professor John Michael Vlach has suggested that the origin of the building style and the name itself may trace back to Haiti and Africa during the 18th century and earlier. Vlach claimed the name may have originated from a Dahomey Fon area term ‘to-gun’, which means “place of assembly”. The description, probably used in New Orleans by Afro-Haitian slaves, may have been misunderstood and reinterpreted as “shotgun”