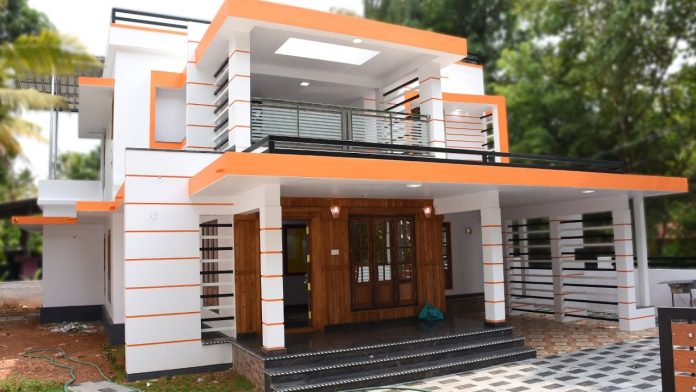 While the original style of the ranch was informal and basic in design, starting around the early 1960s, many ranch-style houses constructed in the United States (particularly in the Sun Belt region) were increasingly built with more dramatic features like varying roof lines, cathedral ceilings, sunken living rooms, and extensive landscaping and grounds.

The ranch house style was adapted for commercial use during the time of the style’s popularity. As the concept of a “drive in” shopping center was being created and popularized, the ranch style was a perfect style to fit into the large tracts of ranch homes being built. Commercial ranch buildings, such as supermarkets and strip malls, typically follow the residential style with simple rustic trim, stucco or board and batten siding, exposed brick and shake roofs, and large windows.

The 20th-century ranch house style has its roots in North American Spanish colonial architecture of the 17th to 19th century. These buildings used single-story floor plans and native materials in a simple style to meet the needs of their inhabitants. Walls were often built of adobe brick and covered with plaster, or more simply used board and batten wood siding. Roofs were low and simple, and usually had wide eaves to help shade the windows from the Southwestern heat.