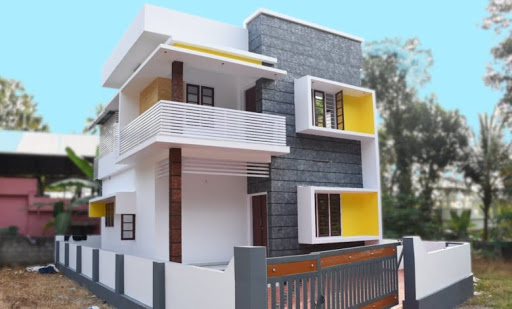 The crust, which currently forms the Earth’s land, was created when the molten outer layer of the planet Earth cooled to form a solid mass as the accumulated water vapour began to act in the atmosphere. Once land became capable of supporting life, biodiversity evolved over hundreds of million years, expanding continually except when punctuated by mass extinctions

The earliest material found in the Solar System is dated to therefore, the Earth itself must have been formed by accretion around this time.the primordial Earth had formed. The formation and evolution of the Solar System bodies occurred in tandem with the Sun. In theory, a solar nebula partitions a volume out of a molecular cloud by gravitational collapse, which begins to spin and flatten into a circumstellar disc, which the planets then grow out of in tandem with the star.

Earth’s atmosphere and oceans were formed by volcanic activity and outgassing that included water vapor. The origin of the world’s oceans was condensation augmented by water and ice delivered by asteroids, proto-planets, and comets. In this model, atmospheric “greenhouse gases” kept the oceans from freezing while the newly forming Sun was only at 70% luminosity.

The two models that explain land mass propose either a steady growth to the present-day forms or, more likely, a rapid growth early in Earth history followed by a long-term steady continental area. Continents formed by plate tectonics, a process ultimately driven by the continuous loss of heat from the Earth’s interior.