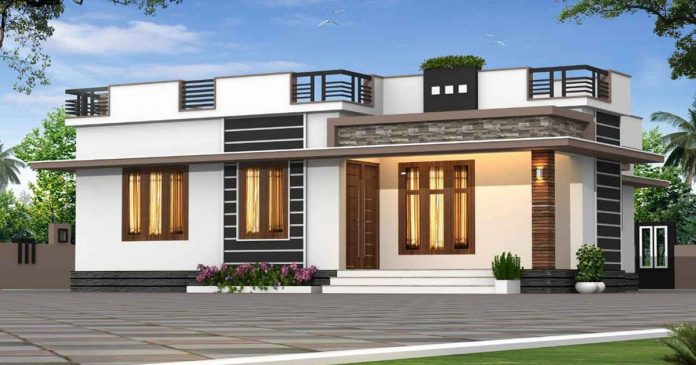 The most noticeable change to the State Floor was revising the Grand Stair to discharge eastward into the Entrance Hall to provide a more ceremonial procession from the upstairs. The opening to the south was kept with a railing providing a balcony-type overview into the Cross Hall. On the Second Floor, the rooms above the East Room were lowered due to a thinner (yet stronger) steel floor structure. This allowed access from the Central Hall via a short ramp in a central passageway that was narrowed to accommodate an additional service stair and added closets. Additions to the Ground Floor included additional service elevators to service the upper floors, a bowling alley, expanded kitchen, broadcast studio, barber shop, medical and dental clinics, carpentry and upholstery shops, and large service and equipment spaces.

The style Winslow selected for the interior finishes of the re-created main public rooms was the Federal style from the period of President Monroe’s rebuilding. This was a reversal from the variety of styles added in the previous 120 years. Winslow incorporated more marble flooring and paneling for aesthetics and ease of maintenance. Some changes requested by the Trumans, such as brightening the State Dining Room by painting the dark wood paneling “Federalist” celadon green, were also popular in the mid-20th Century.

On December 13, 1949, construction work began on site. There was no groundbreaking or commencement ceremony. Security fencing went around the work area and a solid screen provided privacy for the West Wing. Temporary sheds and buildings were erected on the South Lawn. By March 20, 1950, the removal of historic material slated for salvage had been completed. New underpinning foundations extending down 20 feet to better bearing material were hand dug under the existing exterior walls. Interior steel shoring was added to brace the exterior walls and support the existing Third Floor and roof. Demolition began with much of the material removed from the interior via chutes through window openings and by wheelbarrow. By mid-1950 the White House exterior was essentially a shell encompassing over one million cubic feet of mostly empty space. By October the new, permanent steel structure was in place and construction of suspended concrete floors to replace the former wood and masonry structure began. For the following year-and-a-half, the new interior walls, doors, windows, wiring, pipes, services, and finishes were constructed.

The biggest change during construction was announced on August 1, 1950, when the president authorized a separate and highly secret project. Project 9 was officially described as “certain protective measures” to be added to the new basement: an underground shelter to resist attack from an atomic bomb. It was designed by the same architect and contractor as the main project and installed under the East Terrace and the garden to the south, between the mansion and the East Wing. Access was through the northeast corner of the new basement level. This additional construction included major excavation, heavy concrete reinforcement of the mansion’s basement, upgrading the existing air raid shelter, and dismantling much of the East Terrace and colonnade. Inside the mansion a heavily reinforced concrete tunnel to connect the West and East Wings was added through the middle of the new basement, which complicated and delayed the main construction. 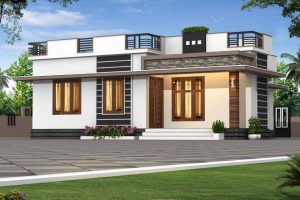