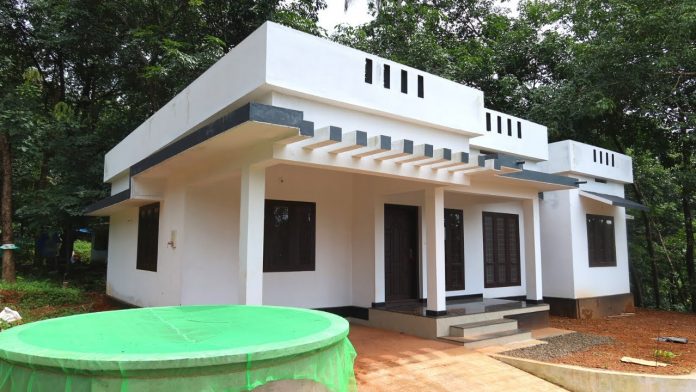 However, by the time they become competent to conduct water, all xylem tracheids and vessels have lost their cytoplasm and the cells are therefore functionally dead. All wood in a tree is first formed as sapwood. The more leaves a tree bears and the more vigorous its growth, the larger the volume of sapwood required. Hence trees making rapid growth in the open have thicker sapwood for their size than trees of the same species growing in dense forests. Sometimes trees (of species that do form heartwood) grown in the open may become of considerable size, 30 cm (12 in) or more in diameter, before any heartwood begins to form, for example, in second-growth hickory, or open-grown pines.

No definite relation exists between the annual rings of growth and the amount of sapwood. Within the same species the cross-sectional area of the sapwood is very roughly proportional to the size of the crown of the tree. If the rings are narrow, more of them are required than where they are wide. As the tree gets larger, the sapwood must necessarily become thinner or increase materially in volume. Sapwood is relatively thicker in the upper portion of the trunk of a tree than near the base, because the age and the diameter of the upper sections are less.

When a tree is very young it is covered with limbs almost, if not entirely, to the ground, but as it grows older some or all of them will eventually die and are either broken off or fall off. Subsequent growth of wood may completely conceal the stubs which will however remain as knots. No matter how smooth and clear a log is on the outside, it is more or less knotty near the middle. Consequently, the sapwood of an old tree, and particularly of a forest-grown tree, will be freer from knots than the inner heartwood. Since in most uses of wood, knots are defects that weaken the timber and interfere with its ease of working and other properties, it follows that a given piece of sapwood, because of its position in the tree, may well be stronger than a piece of heartwood from the same tree.

Different pieces of wood cut from a large tree may differ decidedly, particularly if the tree is big and mature. In some trees, the wood laid on late in the life of a tree is softer, lighter, weaker, and more even-textured than that produced earlier, but in other trees, the reverse applies. This may or may not correspond to heartwood and sapwood. In a large log the sapwood, because of the time in the life of the tree when it was grown, may be inferior in hardness, strength, and toughness to equally sound heartwood from the same log. In a smaller tree, the reverse may be true.